I am so pleased that so many of my fellow Oak Tree Press authors agreed to participate in my Back Deck Blog! Today, I'm hosting one of our newest family members, Joe Chiba, whose novel "Summer in Italy" has earned a spot on my "to read" list! Pull up a chair and get to know Joe!

Thank you so much for agreeing to have me included with the wonderful Oak Tree Press writers on your blog. This opportunity means so much to me, as I am new to all of the issues that surround book publishing and promoting. I see how lovingly our fellow authors treat one another, and I am honored to be a part of the family.
My journey as a writer began in 2008. I wanted to be a published writer a lot earlier than that, but I just never put forth the effort it takes to get it done. Luckily, in 2008, something incredibly wonderful happened that changed everything. But for you to understand it all, we need to go back to 1976.

It was the summer, and thirteen-year-old, twin Italian cousins, John Mastrogiulio and Joseph Mastrogiulio, made their first visit to my family's home in Queens, New York. Before that blistering July day, I had never heard of them. The next day, they were gone, back to Italy, and out of our lives forever. Or so we had presumed. However, the brothers did not return to Italy, but remained in Brooklyn, New York, secretly hidden from us for reasons unclear to this day. But that did not stop Destiny from allowing us to find each other once again. It was thirty-two years later, in 2008, that Cousin John located my family in Queens. This was approximately one year after my father's death, when John found a forgotten letter written many years earlier by my father.
Being reunited with my Italian cousins motivated me to travel to Italy, embrace my Italian heritage, and write our story. I immediately fell in love with Italy during my first visit in the spring of 2009. And I began a writer's journey, eating and drinking and writing my way through the country, writing about everything and anything that I was absorbing, about this rich and wonderful culture I had been missing out on for so many years. I knew I had to write and publish my story after seeing Italy with my own eyes, hearing it with my own ears, and tasting it with my own lips. I turned the true-to-life reunion and my experiences in Italy into a fictional story about a man in search of a long-lost cousin, of whom he believes is in Italy. That is how Summer in Italy was born. 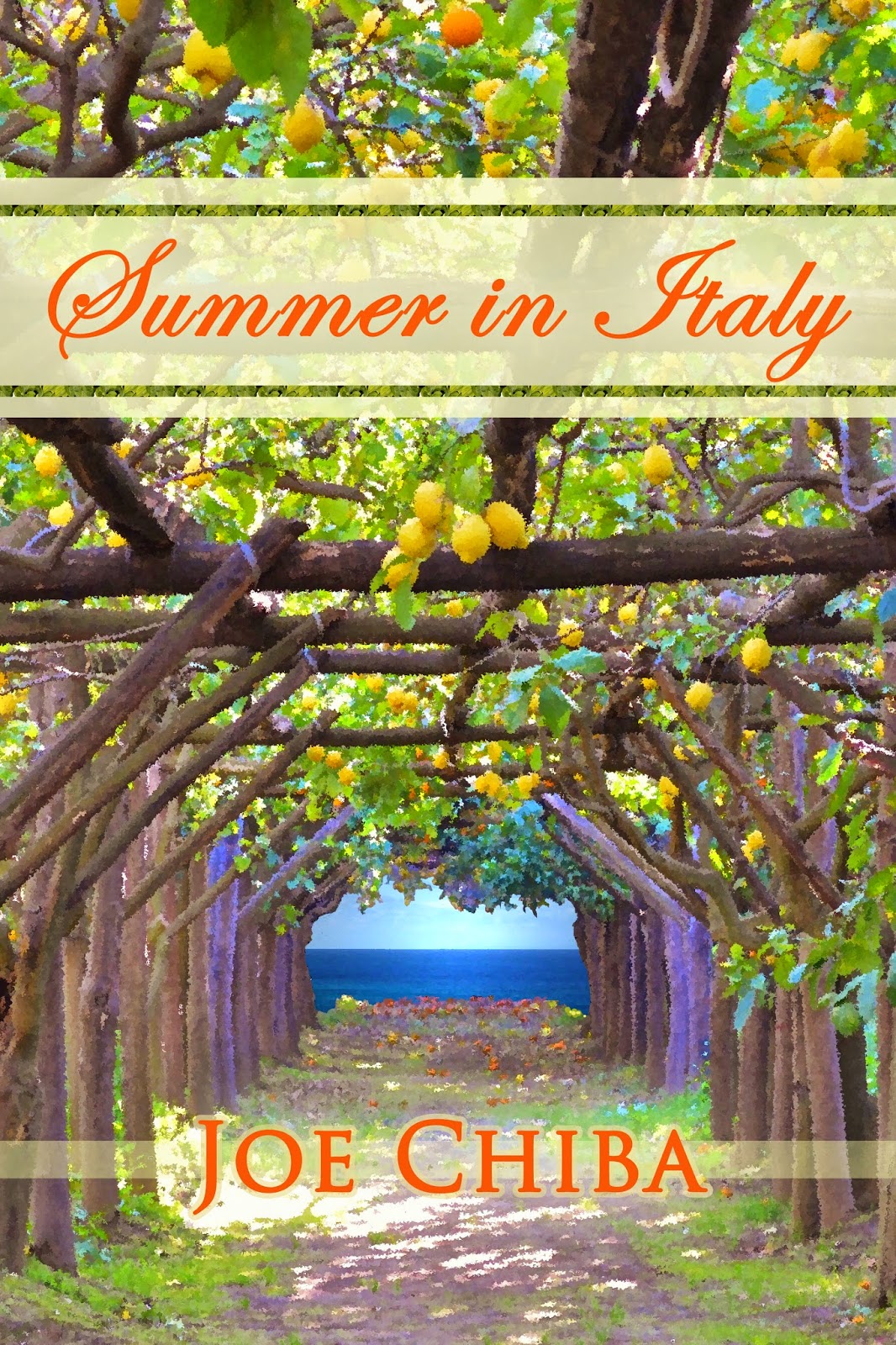 It's a feel-good story about a cynical man named Joey Santini, who is searching for some meaning in his life. When he finds a World War II letter hidden among his dead father's possessions, Joey recalls a long-lost cousin and flies to Italy determined to locate him. However, he never planned on Jeanette, a tall, stunning photographer with a tortuous laugh and a fondness for perfection. A season away from the wedding of her dreams, Jeanette agrees to tag along in a yellow Mini Cooper as Joey searches for his cousin. With lemons, cigars, and spiders along for the ride, a series of doomed misadventures sweeps them across southern Italy, changing them in ways they never imagined. But will their summer in Italy be enough to find the something they never knew was missing? You know how it will end, right? Summer in Italy is  like one of those romantic comedies on the big screen we all love so much. 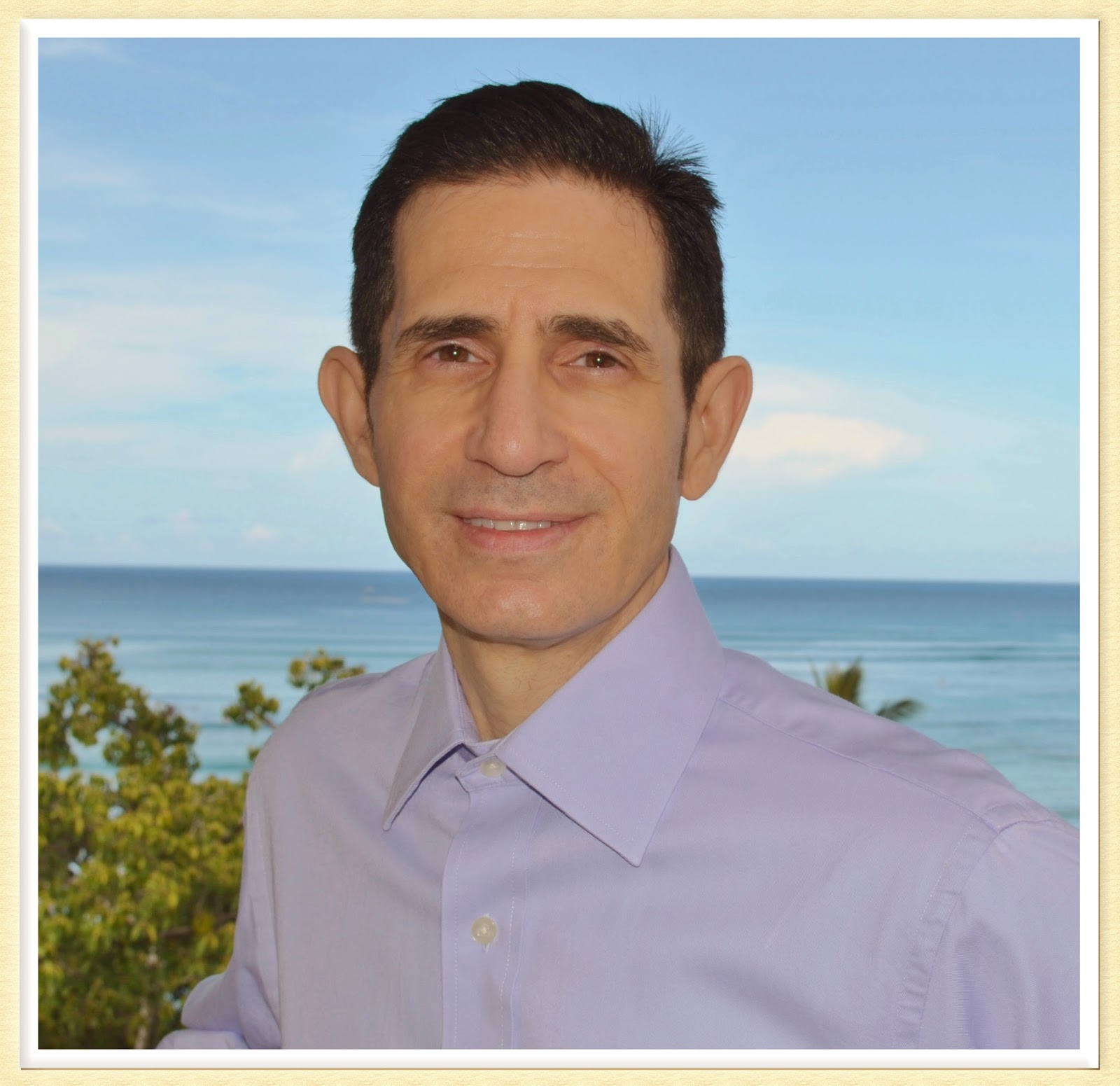 The home of my ancestors, beautiful Italy has rekindled my love of music, art, architecture, and so much more. It has convinced my wife and me that nothing could ever be more important than family, wherever they come from, wherever they are, wherever they might travel. I have been to Italy three times now, and I can't imagine never going back. It's in my blood, and it beckons me ever on to the land of my people.


Joe Chiba was born in Queens, New York, into a large and loving Italian family. He spent his youth playing stickball in the street and soprano horn in his neighborhood drum & bugle corps. After Joe received a B.A. from Albright College in Pennsylvania, he moved to Japan to teach English and explore the exotic Orient. Summer in Italy is Joe's first novel, which has won the 2013 Oak Tree Press Romance/Timeless Love Award. The inspiration for his story came in 2008, when his family in New York were reunited with long-lost Italian cousins. Soon after, Joe traveled to Italy to do research for his novel and to begin a journey to understand the land of his ancestors. Joe lives in Honolulu, Hawaii with his Japanese wife, Sakura.


Thanks for sharing your story with us all, Joe, and best of luck to you! I hope you find a whole new audience of readers here on the Back Deck!
Posted by Amy M. Bennett at 1:00 AM