I'm not the only author who has released a new book in a series! Fellow author Marilyn Meredith (aka F. M. Meredith) is about to release the latest book in her Rocky Bluff P.D. series, "Bones in the Attic". This is the 15th Rocky Bluff P. D. book and today, she's telling us about the families in her series. 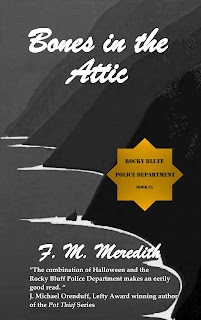 THE FAMILIES IN THE ROCKY BLUFF P.D. SERIES

What happens to the families in this series has always been as important to me as the mystery.

When I wrote the first book, Final Respects, I had no idea that it would become a series. That book was inspired by a domestic abuse call where the responding office was killed. Of course, in the story why it happened was nothing like the real event.

Officer Doug Milligan’s marriage falls apart in that first book, but through subsequent books he once again finds love. He also becomes a detective. He remarries, and many changes happen in his life and family.

Officer Abel Navarro, who becomes a Sergeant as the books progress, is married to a nurse, Maria, and they have a small child. His brothers and parents are significant in his life.

In an early book, Officer Felix Zachary has a problem on the job that affects his marriage, and he has other hurdles to cross. Life improves with the arrival of a child.

One of the most popular characters in the series, Officer Gordon Butler, is confronted by one problem after another, including major difficulties in his love life.

The character who changes the most during this series is Ryan Strickland. Much of the credit comes from his wife and his new family.

Through the series the characters have suffered loss, faced major disasters, been confronted by all kinds of crimes and criminals. What has happened in the families has an effect on what happens on the job, and vice versa.

It has always been important to me to show that these police officers in the series have much the same kind of family life as all the rest of us. Using this theme came about mainly because of having so many relatives and friends in law enforcement.

Blurb: The discovery of a skeleton, a welfare check on a senior citizen, and a wildfire challenge the Rocky Bluff P.D. 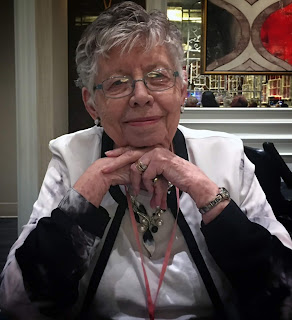 Bio: Marilyn Meredith, who writes the RBPD mystery series as F.M. Meredith, is the author of over 40 published books. She once lived in a small beach town much like Rocky Bluff, and has many relatives and friends in law enforcement.