What Makes Characters UNlikable... and What Doesn't

With some authors, the plot line of a story comes first. What's going to happen? What is at stake? How will it all be resolved?

With me, characters come first. Something happens to someone. Someone has a great deal at stake. Someone must fight to get what they want.

Who is that someone?

For me, the "someone" doing the "something" matters a lot more than whatever the "something" may be. I have to like the characters in the story or, at the very least, find them interesting. There are many ways to kill my interest in a character.

I hate whiny characters, in real life and in fiction. Whining is a habit, not an endearing character trait. There is a reason why I trained my children out of this habit at a young age--I didn't want to hear it. Nobody likes to listen to a whiner, so if a character has this unpleasant habit, the writer better have a good reason for it. And never let that character be the main character! The main character may have reason to complain, but he or she should be more focused on getting things done rather than bewailing the way things are.

I also dislike characters who are in complete control of everything. Their life, their jobs, their emotions, even their hair, is always perfectly in order and runs smoothly. Now before everyone jumps on me and says, "Hey, what about...?" Yes, I know, it seems that my character, Sheriff Rick Sutton, has it all together, BUT... yes, if you've read "At the Crossroad", you know it's all a facade to hide a lot of pain. He's not a robot; he's human and he's trying to protect himself. A lot of people can relate to that.

It's easy to understand why boring characters can be unlikable. We all have met someone who goes on and on and on about everything and nothing at all. A boring person is one who focuses almost exclusively on him or herself. While it's necessary to know things about a character, focusing solely on that one character--especially a character focusing on himself--and nothing else, makes for a story that is very easy to put down and walk away from... especially since most of us who come into contact with boring people feel trapped and unable to walk away.

I really dislike villains who have no reason for being a villain other than... well, the hero needs someone to fight. All villains, like heroes, have a goal and it has to mean enough to them to make it worth their time and effort to achieve it. True, it's very likely not a good goal--after all, they are the villains--but it has to mean something to them, something important.

What creates an interesting character is that they remind us of real people, of ourselves, even. Real people have real reasons for the way they act. We can't always delve deeply into the lives of the people we interact with in the real world, but a writer can and should do that with the characters in a story. A character with a motivation rings true, is relatable, even if not likable, and makes a story more interesting. 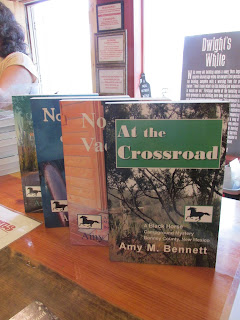 Pantser vs. Plotter? In Writing and in Real Life

Before I go any further, let me clarify what I'm talking about, since this seems to be a question that makes sense mostly to writers.

"Plotter" is pretty easy to decipher--it's someone who plots out their stories before they begin to write. Details, such as the characters' names, eye color, backstories, motivations, and their exact roles in the story are carefully noted. Timelines are mapped out to the exact minute (especially in murder mysteries) and charts are drawn up to show exactly what direction the story will take, including the "unexpected" twists and turns.

"Pantser" is short for "flying by the seat of your pants"--someone who just sits down, with only an idea for a story in their mind, and starts writing. They might know who the characters are, what they look like, and why they do what they do, but the details will be ironed out as the story gets down on paper. They know what the story is about and what's going to happen, but it might take a 38-hour day in the first draft to tell it (that's what editing is for, right?)

My style of writing falls somewhere in between. Of course, I have to know who  my characters are and what's going to happen in the story, but plotting a novel down to its every detail would drain me of energy and creativity. I'm not a recklessly impulsive person in real life--I do like to think ahead--but when it comes to having fun, I like to give myself a little freedom to "wing it". And writing is fun!

My husband and I are planning a long weekend getaway in a few weeks. I have often said that, for me, it's not a vacation if I have to look at my watch. Having an itinerary for every moment of a vacation seems to suck the joy and excitement out of the experience. If a vacation is meant to give me a chance to relax and recharge, then being on a schedule won't help. However, there are times when it's important to think ahead to what one might want to do on vacation. Certain things--a train ride, a whale watching tour, a special dinner event--do require planning because they are being arranged by someone who isn't on one's particular schedule. It's possible to take a chance and go on vacation and just hope everything falls into place--tickets won't be sold out, reservations aren't required, etc. If you don't really have your heart set on doing this particular activity, that won't be a problem. But if you do, then some planning is sure to be involved.

Just like we have planned out a grape-picking party at an estate vineyard, a lunch time train ride, and a VIP tasting at a winery during our long weekend, a writer has to plan key events, elements, and situations in a book. The fun, unplanned things can connect those points and eventually, they will all make sense and flow into one another to make a story work (with a lot of editing to take care of those 38-hour days!)

In a way, an author is like a cruise director. We have a lot of planned activities and interesting people to meet, but not all of them necessarily contribute to the story. So take some "planned spontaneity" and enjoy the unexpected. It makes for a better story and vacation! 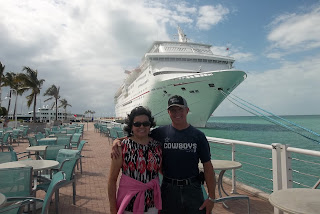 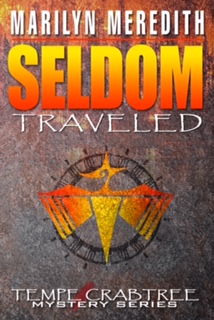 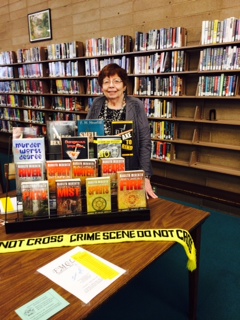