Adventures in Food (or, You're Gonna Eat THAT???)

I was on vacation last week, thus excusing myself from blog duty, and our vacation this time took us to Monterey, California.  First off, I'd like to say that this is definitely a place to which I'd like to return!

If there was one thing I looked forward to on this vacation, it was the opportunity to enjoy fresh seafood.  As most of you know, New Mexico is quite landlocked and the majority of the seafood we get here has been out of the sea for quite some time.

As we headed into Monterey from our little KOA cabin in Prunedale (yes, don't laugh!), we drove through a town called Castroville.  This town's claim to fame is that it is the artichoke capital of the world.  And maybe we just didn't notice it before in other places, but artichokes are the "in" veggie for appetizers and meals, as we discovered when we were offered a complimentary appetizer at a place called The Fish Hopper and we chose this: 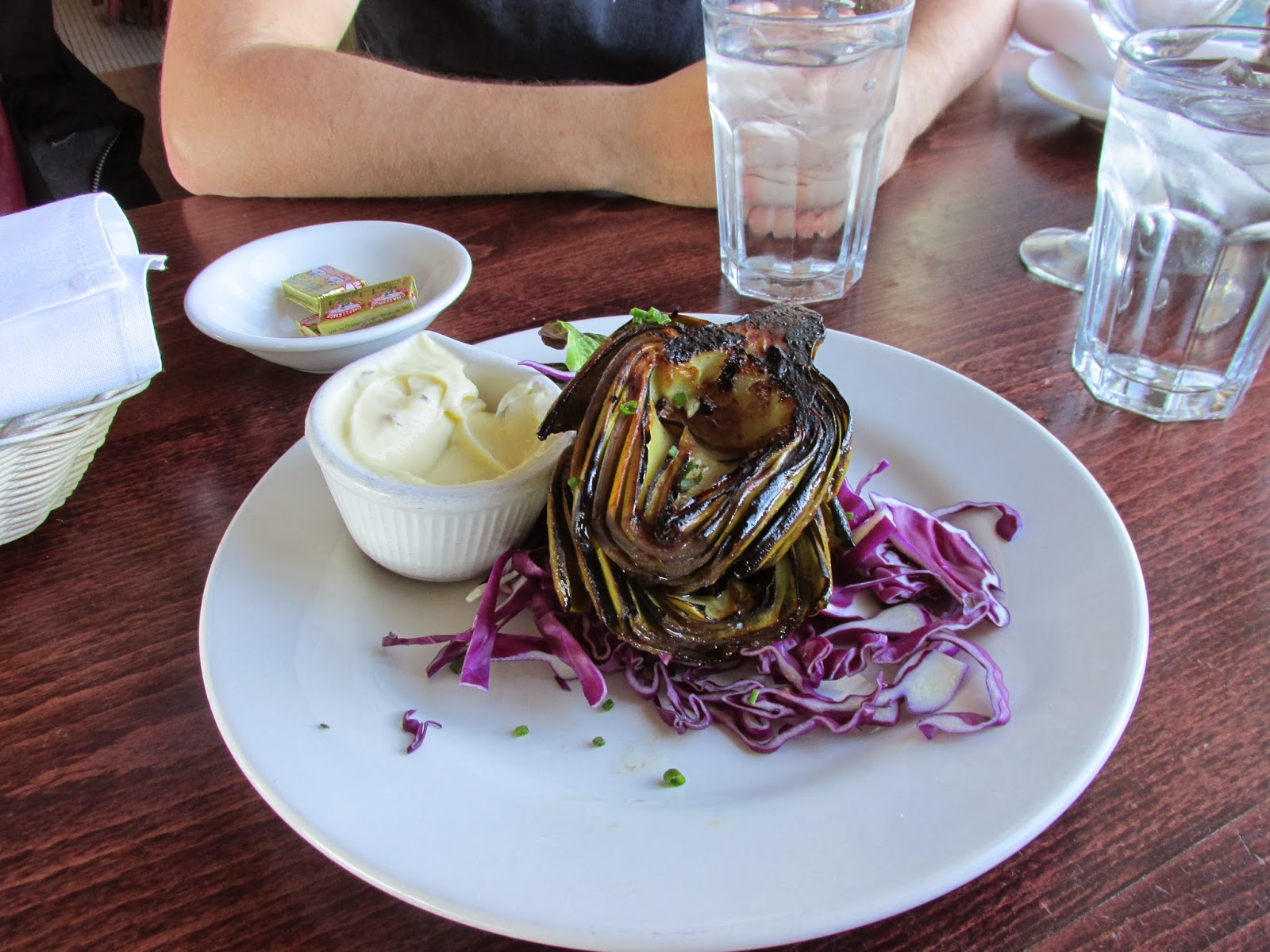 Trust me when I say that Paul and I thought it delicious (our son was not quite as convinced) but it suggested the post topic to me:  How did anyone ever look at an artichoke and think "Wow, I'll bet that would be really good to eat!"

Artichokes do not look appetizing and, in fact, take a bit of work to eat.  The outer leaves are usually too tough to eat and it can be a struggle to get to the heart.  Even so, they make a delicious addition to antipasto and, when mixed with spinach, mayonnaise, and cream cheese, make a wonderful dip.  But to see one in its original state, who would know?

The same goes for crabs.  We feasted (there is no other word for it) on Dungeness crab while we were in Monterey.  It was the highlight of the trip. 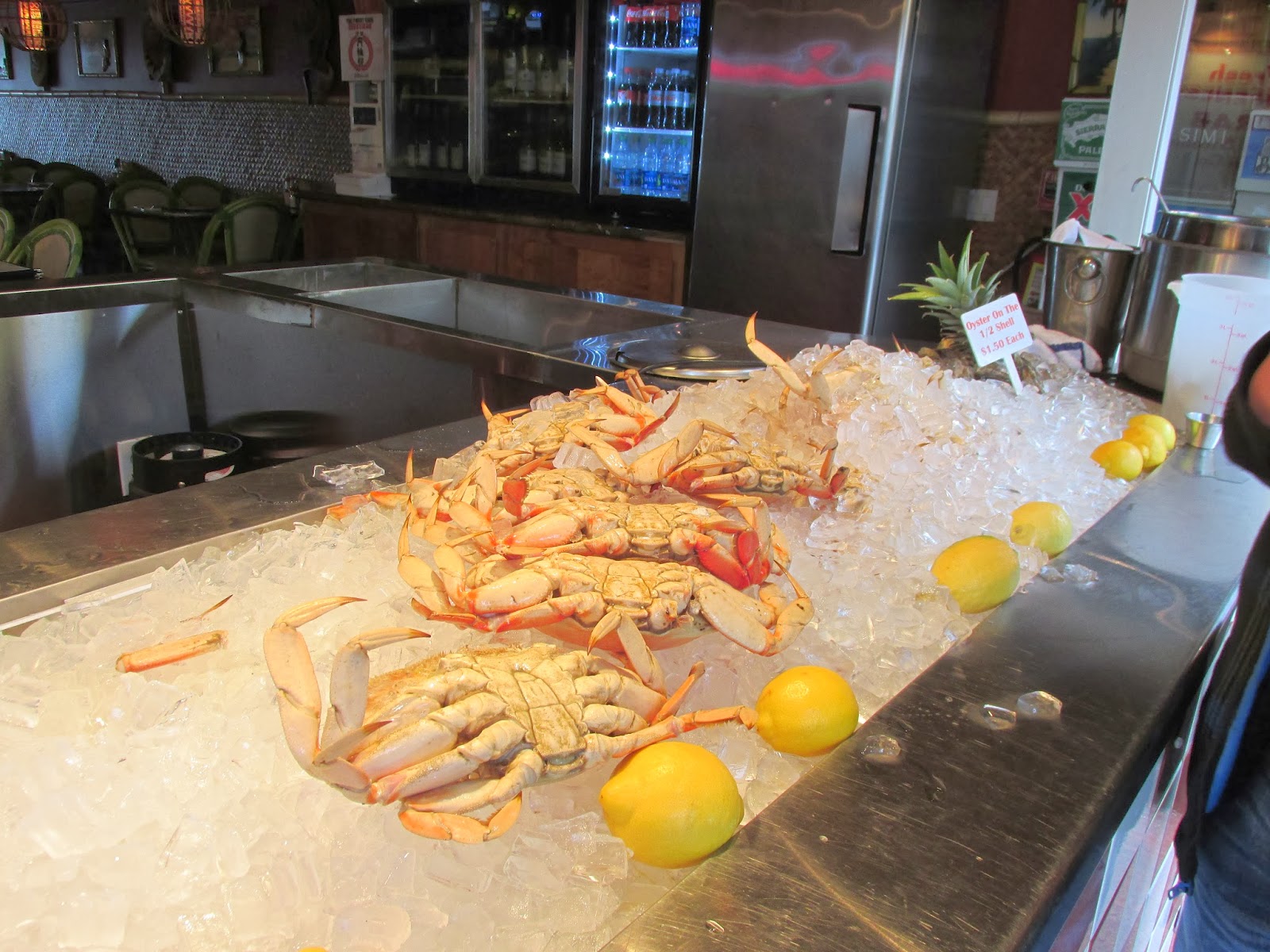 But let's face it; not only is crab not exactly a beauty contest winner in the looks department, it also fights back, and painfully, when it is caught and about to be prepared.  Who was the brave soul who looked at a crab and thought, "Even if I lose a thumb, it will be worth it for this gastronomic delight"?

I take my hat off to the many brave souls who overcame initial reactions to allow us to eat things like kiwi fruit, escargot, shell fish, etc. and the even braver souls who tasted the first olives (fresh off the three, ugh!) and worked some magic to make them edible.  People think I'm brave to try new foods, but I'll never top the bravery of the people who first discovered that those foods were not just edible, but delicious.