The Truth About Fiction (Part II)

So last week I talked about making a living (or at least having a cheap hobby) telling lies and how an element of truth can make your lies (i.e., stories) better.  Now this is the other end of the spectrum.

All writers want to tell a story.  The problem comes when a writer wants to tell his or her OWN story and pass it off as fiction.  Now, one might think that the best way to make your work of fiction ring true is tell about something that really happened to someone who does NOT have the same name as the people to whom it actually happened (remember: lawsuits are NOT a writer's best friend!) 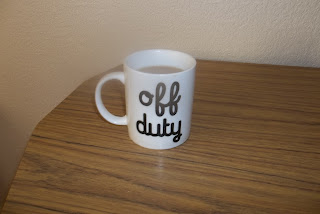 Not as often as you think...

One thing a writer quickly learns, however, is that no matter how intriguing, fascinating, exciting, or moving your story might be to YOU, there will be a vast majority of readers who find that same story contrived, boring, fake, and uninteresting.  Why?

Well, quite simply this:  if you're going to write YOUR story, then don't call it fiction.  Call it an autobiography, call it a memoir.  If you're going to write fiction, then write your CHARACTER'S story. And remember that what happened to you didn't necessarily happen to your character, and if it did, it didn't necessarily affect them the same way it did you. Nor would the outcome be the same.  Why?  Because your character might react differently to the events than you did.  A writer has to remember that the story is about the characters, not about the writer.  Don't think you can fool your reader, either.  A reader can tell when the author has decided to tell their own story instead of their character's.  The emotions feel forced because YOU know the entire back story and why the characters feel the way they do and your reader won't unless you take them step by step through every moment in the characters' lives leading up to the moment (please don't.  Please.)

Also, the reader will miss a lot because the writer will forget to tell them a lot.  Have you ever watched a movie for the tenth time?  Do you pay attention to every single scene, every single bit of dialogue, every detail?  Probably not.  You know it so well, you don't need to see every single minute of the film, unlike someone who is seeing it for the first time.  But as a writer, if you don't give your readers all the details, they're going to miss the reasons WHY this story had to happen the way it did.  And there are details that you might forget to mention that are crucial but because you know the story so well, you forget to include them.  There's no better way to lose an audience than to make them feel that they're not in on the whole story.

And last, but not least, the hard, cold truth is this:  The truth is not always all that interesting.  Some people might actually find your story boring.  Your grandmother's life story may be fascinating to you, but that's because you love Grandma and have a strong connection to her.  Your readers don't.  Unless Grandma's story is relevant to your character's story (remember who this is all about now?), it isn't necessary to give all the details.  If you're writing Grandma's story, then feel free to give details relevant to HER life, but don't make your character live Grandma's life.  Or yours, for that matter.

Let your characters live their own lives.  You just follow them and write down what happens.
Posted by Amy M. Bennett at 7:55 PM