The Truth About Fiction (Part I)

I can't remember who said it, but I've heard that fiction writers make a living telling lies.

That's only partially true.  The very word "fiction" implies that what you are about to read, see, or hear is totally fabricated; it's simply a made-up story about made-up people doing made-up things.  To a certain extent, this is a factual statement (at least, I would hope Stephen King made up most of his stories.)  Certainly as far as my own mystery novel, "End of the Road", goes, there really isn't a Bonney County in New Mexico, nor a Black Horse Campground... and certainly the people who live there (and die there--it IS a murder mystery, after all) only exist in my mind.  Or do they? 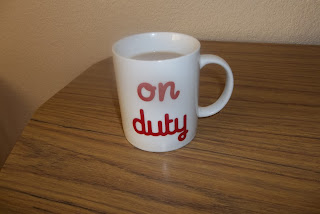 Any writer will tell you that in every work of fiction, there is an element of truth.  There has to be some truth, even in a made-up story, in order for people to actually believe, not that the events in the story really happened, but that they could have happened, and for the reader to actually care enough about the characters to see how the story plays out.  A friend of mine gave me a coffee mug for my birthday that says, "Please do not annoy the writer.  She may put you in a book and kill you"--the implication being that all of our characters are based on someone we actually know.  Of course, a smart writer knows better than to put real people in their stories and merely alter the names... lawsuits have been filed over this sort of thing!  But if you try to make up a person completely out of your imagination, they come out... well, unreal.  Fake.

But isn't that the point of fiction?  To invent something completely out of thin air?  Well, try it sometime.  Try to invent a place or person or event you've never seen or heard about.  Is it even possible?  Don't your experiences color your "original" creation?  I know mine do.  The places I go and the people I see and sometimes meet inevitably offer an element or two that goes into my fictional world.  Reading a newspaper or magazine article about something that happened or watching a news broadcast can trigger an episode of playing "What if...?" and a totally different story emerges... with some small bits of "facts" that make it ring true and real.

Even writers of science fiction, fantasy, horror or any other genre that requires the reader to really suspend belief have to incorporate some truth into their stories--real emotions, real fears, real struggles (man against himself is probably the most satisfying--and least original--conflict a writer can introduce into the story.)  Take your own fear of failure, of the dark, of bunny rabbits, of whatever, and let your characters experience it.  Let your own hurt and anger at your birthday being forgotten, your name being mispronounced, at some random stranger's racist comment become your character's.  That's the only way your readers will be able to identify with your fictional characters and come to care about what happens to them and keep them interested in the story you have to tell.

But too much of a good thing... well, that's Part II of this blog entry.  Next week, we'll see how too much "truth" can ruin a good story.

And as for my opening sentence:  the real truth is that SOME fiction writers make a living telling lies.  The rest of us just find the writing to be the real reward.
Posted by Amy M. Bennett at 8:30 PM