I've been thinking a lot about the concept of teamwork lately.  Mainly because of the recent passing of a friend of mine who was an author who co-wrote many books with her husband of 43 years.

Paul and I have been married--been a "team"--since 1988.  That's over 25 years of being, essentially, on the same side.  That doesn't necessarily mean we always agree on everything.  I can't think of a single team that operated with every member in complete agreement with everyone else.  That would be a team made up of robots or clones... not real people.

He doesn't claim any creative input, but I think he sells himself short on that.  For certain, he's valuable in ways that are not only useful but necessary when it comes to writing for publication.  He's very detail-oriented, which means that he can pick out awkward phrases that I usually miss, notice typos that my "trained" eyes skip over because I KNOW what the text is supposed to say, and catches the inconsistencies that make me want to face plant on my keyboard ("Hey, Babe, how many times is this character going to get out of the hospital already?")

He's not generally a voracious reader so when I have his attention engaged, I know I've written something good.  If he finds himself confused or bored, I know I have to see where I went wrong... if the person who knows me best and loves me most is confused and bored, how will perfect strangers feel reading my work??

And he's the best PR person (no offense to Jeana, the PR person at Oak Tree Press!) I could have asked for.  No one who knows Paul would believe how shy he used to be.  And to a certain extent, he's still shy when it comes to drawing attention to himself.  But when it comes to me and the promotion of my books, he certainly outshines me.  Ask any author; self-promotion is only second to having cranial surgery while fully awake in terms of discomfort.  Paul takes that on for me and--this is important--encourages me to do it on my own!

He also has a sense of adventure.  That is, whenever I get a hare-brained idea (I'm mostly talking about books and storylines here!), he's willing to explore it with me.  Sometimes that means we have to get in the car and go somewhere and learn something new.  Sometimes it means "Honey, I just signed up for a book conference and I have no idea what to do!" and he'll say, "Well, I'll drive you there and we'll see what it's all about!"  But I've never gotten a "What the French-fry were you thinking???" response.

The most important component of a team is the ability to be each other's strength.  We all have weaknesses.  A good team mate will use their strengths to shore up the other's weaknesses.  And this doesn't work just in writing... it works in love and marriage as well as business.  I think that's what Paul and I have discovered: that despite our differences we're still and always will be on the same side, the same team.

I wouldn't want anyone else on my team and couldn't imagine a better team mate! 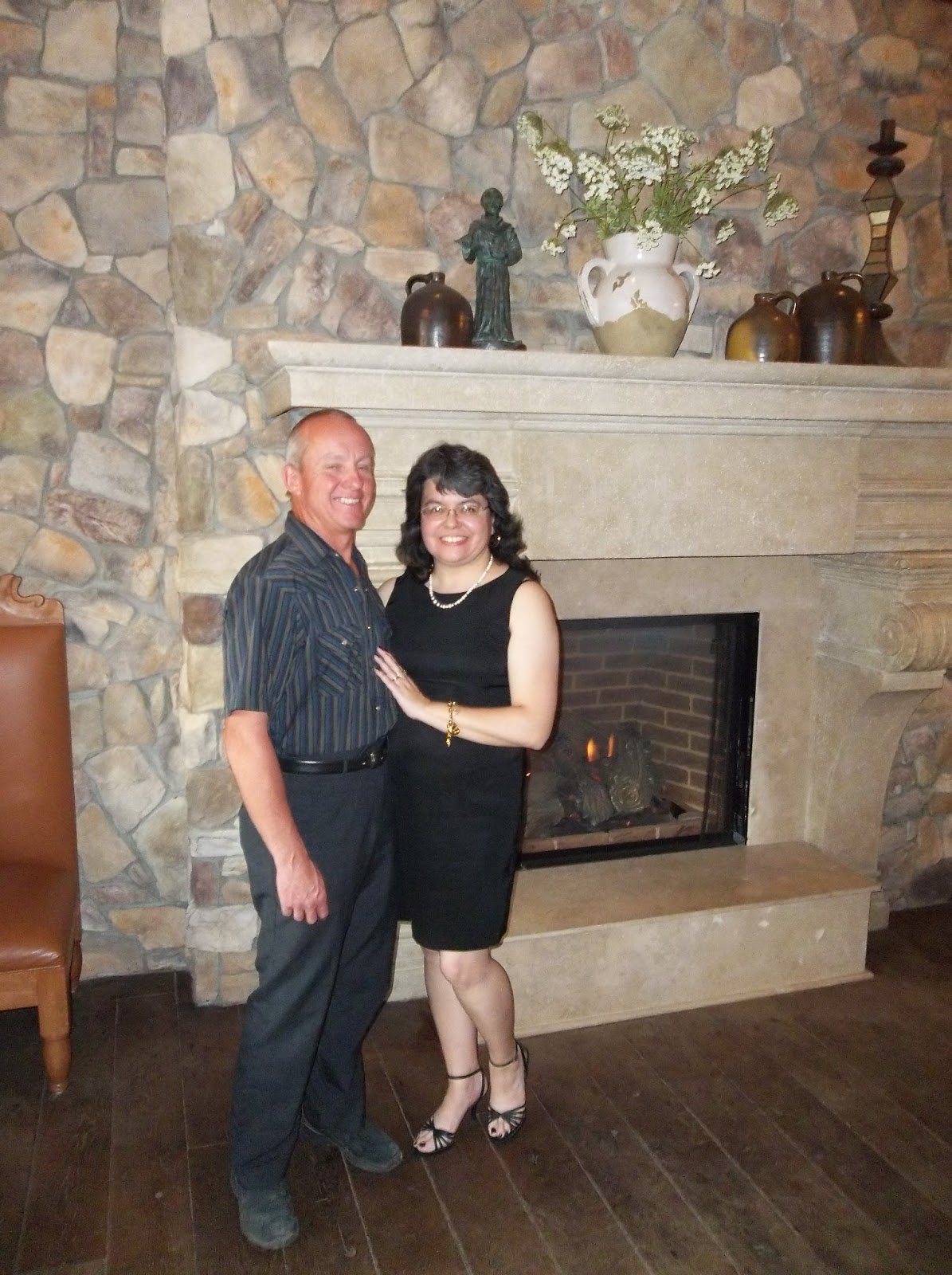