An Interview with Author John M. Wills about His Latest Novel, "The Storm"

Since I'm still working on NaNoWriMo (supposedly!), I'm turning the Back Deck Blog over to friend and fellow OTP author, John M. Wills, as he tells us about his latest novel, "The Storm"!

Hi, Amy. I’m pleased you’re hosting me so I can let your readers know about my latest novel, The Storm. First, however, a bit about myself. I’ve been writing professionally since 2004. My credits include more than 150 published articles regarding police officer training and safety; 10 books, both fiction and non-fiction; various poems and short stories; and one technical manual. I also write video scripts for The William McLain Foundation in Atlanta that honors first responders killed in the line of duty. I’m an avid reader and I write book reviews for the New York Journal of Books. I’m also a member of the National Book Critics Circle. 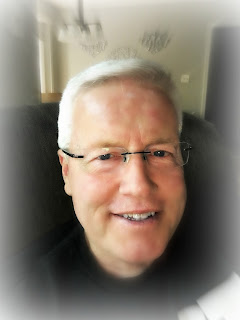 Now a bit about my latest novel, The Storm. Anna’s life in the small town of Heavenly Harbor, Michigan, seems idyllic. Married ten years to her childhood sweetheart, Mark, she wants for nothing, except a baby. Unfortunately, her husband doesn’t share her enthusiasm. Anna has been secretly keeping a journal. She’s recorded her suspicions about Mark’s reluctance to share her dream and his possible infidelity. As she is about to confront him, lightning strikes, literally, causing her to lose her memory. The Storm will not only damage Anna physically, but possibly destroy her marriage as well—and Mark’s secret life is about to implode.

Why write such a story? Well, I was inspired to write this book simply because I’ve had people in my life who’ve suffered from Alzheimer’s Disease. I’ve witnessed the steady progression, sometimes developing slowly, other time coming on quickly. Either way, the destruction the malady causes is beyond description. After a while, the victim hardly realizes what is happening. Sadly, however, those close to the patients suffer immeasurably. Their once vibrant loved one disappears before their eyes. In the final stages, it’s not unusual for the victim to be unable to recognize family and friends.
So while I was pondering a story involving memory loss, I thought it would be interesting if it centered around a young person. And rather than Alzheimer’s, I thought an injury-induced case of amnesia would make for a compelling story. Thus, the making of Anna’s story began.

The tale required research with respect to injuries resulting from lightning strikes—how they affect the physical and mental well-being. In addition, I wanted the protagonist to be likeable, believable, and strong. Anna is that person, and her tenacity after her injury makes her character even more powerful. The injury transforms Anna’s character, once a one-dimensional teacher and wife, into a strong determined, complex woman who knows what she wants and how to get it.

Of course, what would a story be without at least one antagonist that readers dislike right from the very beginning? We have such a character in Vicky, a personal trainer at the local health club. Her chicanery and outright lack of morals wreaks havoc upon Anna’s marriage. Add to the mix a shady private investigator, a couple of fantastic cops, and the recipe for a great novel is complete and ready to serve.

Early reviews have been outstanding and I look for more to be posted. Now excuse me as I need to start the wheels turning and come up with an idea for my next book.

Thanks, Amy, for allowing me to introduce my newest novel—The Storm. 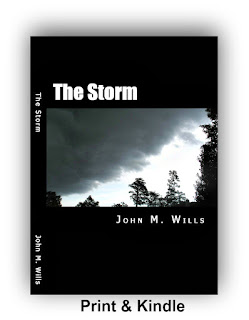