Due to family visiting, today's Back Deck Blog post is a re-run from February of 2016. The fact that I have been actively engaged in a Facebook group that focuses on reminiscing about "back when" drove me to dig up this post. See if you can relate!

A couple of things have happened in the last week that have set me to pondering about the way authors write their stories with details that should help orient the reader in the story's setting.

They also made me feel old in the process. See if you can relate.

A discussion with co-worker, who is the same age as I am, involved a mention of the term "long distance" and a brief "Remember when?" conversation about having to call after eight in the evening because the rates were lower. Another co-worker, who is less than half our age, stared at us in a puzzled manner. What did we mean by "long distance"? What rates? It took us several startled seconds to realize that, thanks to the advent of cell phones, "long distance" no longer means what it once did. When I moved to Alamogordo, NM from El Paso, TX after my marriage (almost 28 years ago!), gabbing on the phone with my mom, my sister, or my friends back home was not something I did for thirty minutes at a time... and certainly NOT before 8 p.m. when the rates were lower! Having to explain about phone rates made me feel... well, a bit out-of-date.

On Saturday, while working the register at the winery, an older couple (older than I, that is) approached and asked if, by any chance, we accepted traveler's checks as payment. Talk about a blast from the past. After I recovered from my surprise, I explained that we didn't accept any kind of check and the woman smiled and said she had figured that, but she had some 17-year-old traveler's checks and "they always said they never expired so I thought I'd give it a try." One of my co-workers, again about half my age, came over, intrigued. "I've HEARD of traveler's checks," she said. "But I've never seen one before!" So followed a conversation about traveler's checks and how they were supposed to be better than cash (this was before revolving credit came along) and so much safer and it occurred to me that, in this age of electronic banking, how completely antiquated and inconvenient they must seem to this generation.

The art of writing, itself, has undergone enormous changes. From typing a 300-page manuscript and submitting it via "snail mail" in a cardboard box with enough return postage in case the publisher (or more likely, agent) rejected it to being able to publish a book without an agent, editor, or publisher (or, alas, even any talent) shows how much the world has changed in the last thirty years.

Yet, if I had been writing a story set in the mid-'80s, talking about things like long-distance and traveler's checks would have been perfectly natural and my readers would know exactly what I was talking about and could relate. Now I wonder how many of those things would be recognizable to the current generation of readers. I recall reading the works of Agatha Christie, James Herriot, Laura Ingalls Wilder, even Judy Blume and the Nancy Drew mysteries and asking my parents what was meant by certain phrases or even looking up words in the dictionary because my late '70s-early '80s upbringing didn't include things like what was described in those books. Party lines and ration books are as alien to me as long-distance rates and traveler's checks are to this generation. Who knows what will replace texting and debit cards in the future? 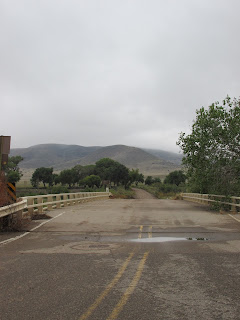